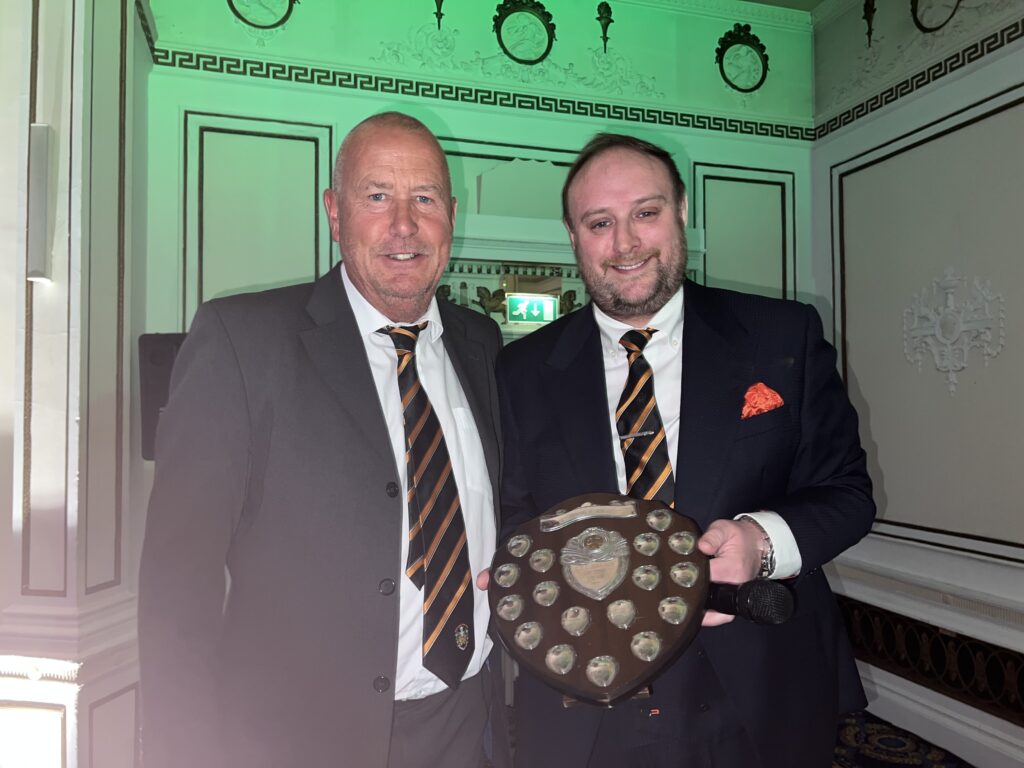 BRIGHOUSE TOWN held their annual Presentation Evening at the Midland Hotel, Bradford, last Saturday evening and for the first time shared the occasion with the Brighouse Town Women’s team.

One hundred and ten players, management, committeemen, supporters and sponsors enjoyed the occasion which was in the more than capable hands of Pault Ramsden, the Huddersfield Town PA announcer and also the former Old Brodleians player and Lightcliffe CC captain, who is now also a sponsor of BrighouseTown with his company Tog 24.

He welcomed Town’s chairman and stadium sponsor James Howard, MD of Yorklshire Payments, and vice chairman and director of football Charlie Tolley before the speeches and presentations began by Mr Howard and then town manager Vill Powell and the Women’s successful team manager Rob Mitchell who brought along the West Riding County Cup his team won back in April when they beat Leeds United Women on penalties after the sides were locked at 1-1.

The Clubman of the Year award for the 2021-22 season went to Andy Eccles for his work throughout Covid 19 in safeguarding the club with colleague Ray McLaughlin and his extensive work since with an architect and Calderdale Council in ensuring the club has all its plans and licenses for various things in order.

He has also addressed the car parking issues that have been laid at the club’s door by some of the near neighbours of the club with West Yorkshire Police and the council and done a splendid job.

Jack Boyle was the Supporters Player of the Year and Shauna Legge also took the Women’s Supporters award.

The Women’s Manager of the Year award went to Sophie John and for the men Harrison Beeden.

Most promising teenage full-back Sam Reed, son of assistant manager Stacy, picked up £50 from Mr Brian Marsden who, along with his colleagues on the match day fundraising team, was delighted with the Sheffield lad’s progress.

Long serving players Tom Haigh (captain) and James Hurtley, handed out gifts to the kitmen Darrell Hadala and Will Armitage and physio therapist Emily Harnden who is also now working for the Womens team.

Town have agreed another pre-season friendly, this time at home with Guiseley on Friday, July 22 at 7.30, to add to the Huddersfield Town game on July 2..

Details will be released next week of the competition that Town are also running in the pre-season like last July and early August.