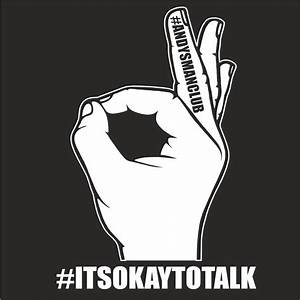 ONE IN and one out has been the `cry’ around the Yorkshire Payments Stadium this week as Brighouse Town returned to training on Monday night in the sunshine.

While in came Doncaster-based striker Myron Gibbons who put pen to paper last week, as revealed in Echo Sport, out went experienced midfielder Josh Grant who has opted to move to Tadcaster Albion.

Gibbons, 21, says he felt immediately at home as he has known Town’s veteran striker and former well travelled professional Zeph Thomas for some time and will be his travel companion from the south Yorkshire city.

“I am delighted to move back in to a higher level of football after experiencing football with the Doncaster Rovers academy and U23s and also at Bradford Park Avenue and I can’t wait to get started,” he enthused.

That first game will come for him at home to Huddersfield Town’s U23s squad on Saturday, July 2 (3.0) when the referee will be Elland-based Lewis Dawson who has just been promoted this month to take Vanarama National League matches and more.

Leeds-based Grant, 31, who came back to Town early into the past season after he had left for Liversedge in the closed season but was finding himself on the bench, has opted to move again back to a club he has played with before.

Manager Vill Powell, who had also played Grant, the former Ossett Town (United), Farsley Celtic, Eccleshill United and Frickley Colliery player, in a variety of positions, felt it was not a problem for the club.

“I am more than happy with the squad we have retained and added to with Gibbons, plus we have some trialists to look at in the ensuing pre-season matches and training,” he said.

Town already also feel they have an extra player in the squad after towering and strong centre back Matthew Nebard returned to training after a knee injury kept the former Albion Sports and Pontefract Collieries player out of action for the most part of the second half of last season.

The Dan Wilkinson Memorial game for the late player’s charitable trust will be played on Sunday, July 17 with a 1.30 kick-off. The managers at the time of Dan’s collapse on the Town pitch in a NPL League Cup game and subsequent death, will be Paul Quinn, now at Sheffield United and also taking UEFA A and B courses, and Craig Elliott, the former Boston United manager who was with the former club Shaw Lane of Barnsley.

They will now be busy asking former players to come along and entertain a crowd who will pay £5 for admission and also hopefully contribute to a bucket collection and the usual Golden Goal and Half-Time Draw, the proceeds of which will go to the trust.

Town will also play host on Friday, July 15 to an Andy Man’s charity game, details of which will be revealed next week.

The reaction amongst committee members and supporters, who are awaiting to collect their season tickets, was of shock at their leader stepping aside.

” I will not be departing the scene and will still be a Brighouse Town sponsor and supporter,” said Mr Howard this week, as he returned home from hospital tests.

Mr Tolley said the outgoing chairman could always rely on his and the committee’s support and welcomed the news he would still be seen around the club’s Hove Edge base.