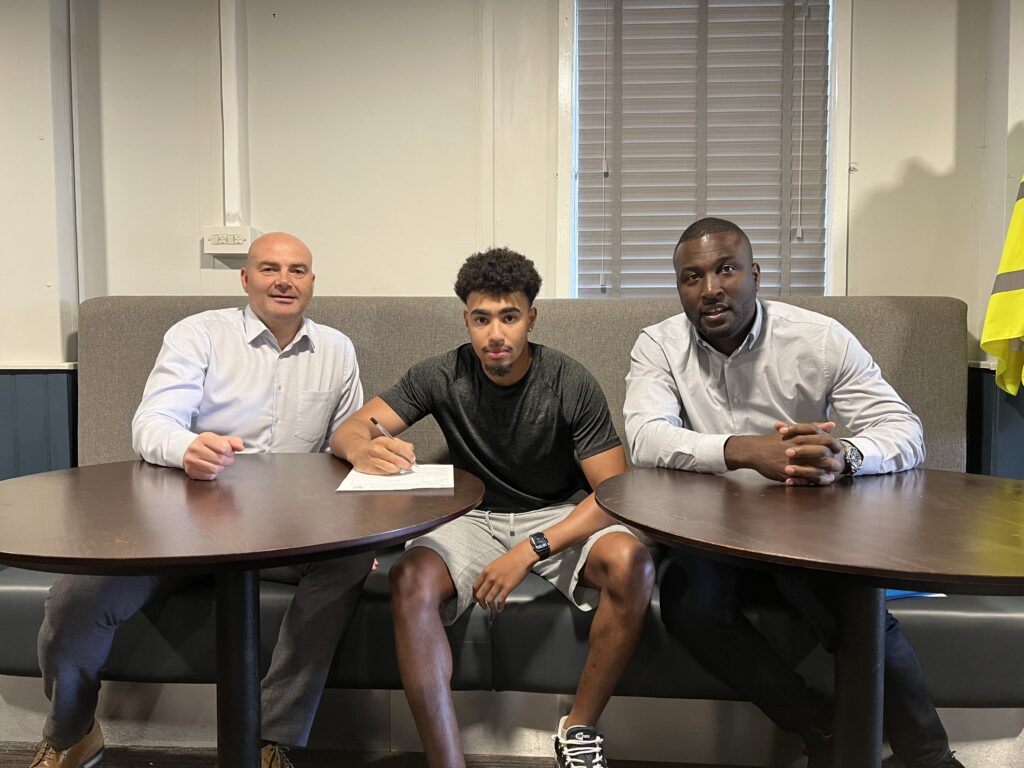 BRIGHOUSE TOWN’S chairman James Howard has stood aside until he has adressed the club’s committee at the AGM in early July.

Wolverhampton-born Howard has been chairman for the past three seasons since taking over from Elland businessman and long serving senior executive member and former player Charlie Tolley.

In breaking the news to Tolley and fellow executive members Chris Lister and Ray McLaughlin late last week, Howard cited ill-health and pressure of work with his company Yorkshire Payments Ltd, based on Bethel Street in Brighouse Town centre.

In fact, he went on Facebook on Monday afternoon to say he was awaiting news of a biopsy test and was making his followers aware of how important one’s health is.

“I thought I was invincible but this health problem I have has brought things home to roost,” said the 37-year-old.

Howard joined the club as a sponsor some six years ago and has been a generous supporter of the non-league club that is a member of the Pitching In Northern Premier League, plus other leagues with its junior boys and girls and also the senior women’s side who play in the third tier of Women’s football in England.

In the past 18 months he has overseen an extension and massive refurbishment of the clubhouse at the Yorkshire Payments Stadium and also assisted in many other ways by ensuring for two consecutive seasons the club has also entertained Bradford City in two pre-season friendlies.

Last August he also brought a national touring Fun Day to the club that was a huge success and saw well over 2,000 come through the doors.

He has also encouraged other companies to back the club and the good thing, Echo Sport is hearing, is that he will continue to `look out’ for the club and encourage investment in it.

In the meantime it is understood that Chris Lister and Charlie Tolley will continue to oversee day-to-day matters withg their secretary and treasurer and also continue their support work with manager Vill Powell.

It is further understood by Echo Sport that Mr Howard will continue with his sponsorship of the stadium and in areas with the men’s team but is standing down from backing the women’s team.

The women’s team director of football Colin Tomkins would like to go on record to thank Mr Howard for his contributions and support of his team.

In the meantime, former Shaw Lane, Barnsley, owner Craig Wood has been in toucvh with Charlie Tolley after speaking with the parents of their late player Dan Wilkinson, to see if an annual game in memory of Danny could be resurrected in this closed season. A possible date in July is being looked at.

The former Hull City academy player collapsed on the Town pitch some six years ago playing for now defunct Shaw Lane and was pronounced dead at Calderdale Hospital Halifax.

Work on extending and widening the bar area in the clubhouse is expected to be completed by early next week. It has been done to get extra pumps on the bar and room for more operatives working behind.

The 21-year-old was watched towards the end of the past season by Town coach Leon Wainman and put pen to paper on Tuesday night with manager Powell.

The manager has also agreed another home pre-season friendly with Whitby Town on Saturday, August 6 (3.0).