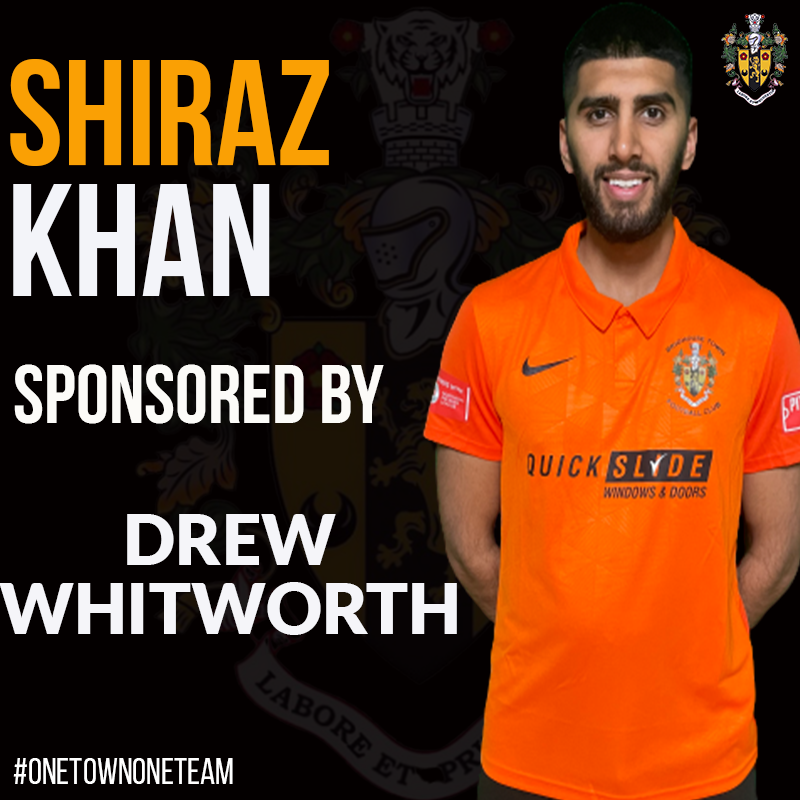 BRIGHOUSE TOWN ahead of three games in a seven day spell took the spoils at a blustery Worksop Town last Saturday thanks to an 82nd minute prod home by Shiraz Khan.

Leading goalscorer Laurence Sorhaindo denied in the first half by a superb Seb Malkowski save, denied what looked like a penalty when brought down, and then his strike on goal in the 82nd minute saw him beat Malkowski for possibly his fourteenth goal, but Daniel Burns kicked off the line before Khan six yards out trapped the ball and just picked his spot.

Town faced the strong wind in the first half on the 4G pitch in front of a 411 crowd and their goalkeeper Brett Souter played a blinder facing it with all the tricky balls that came his way. In a much quieter second half for him he still showed what a competent custodian he is.

James Hurtley, skipper Tom Haigh and debuntant Fernando Moke throughout the game were in superb form for Town and then in the second half when teenager Sam Reed took over from injured Joshua Grant (ankle), he was in tremendous nick. He defended his flank well, dsitributed well and took all the second half corners as Brighouse piled on the pressure which eventually brought them reward.

Assistant manager Stacy Reed, who will take charge of Saturday’s home game with Cleethorpes Town and next Tuesday at Tadcaster Albion (7.45) commented:” This was an excvellent win in the circumstances. “After playing well in previous games and not getting a result, this was a great result.

“We had to work hard against a side who in the midweek had scored six goals against Sheffield, and we got the win, a pleasing win. The atmosphere in the dressing room was electric.”

Reed takes the reins from manager Vill Powell who has flown to Jamaica to visit his father in hospital and will not be returning until late next week but in time for the home game with Yorkshire Amateur on Febriary 12.

The affable Reed said that both he and co-assistant manager John Francis were looking at injuries this week before they would be able to name a side against third-placed Cleethorpes.

“From Saturday’s game we have Josh Grant, Matty Nebard and Tom Haigh all with ankle knocks and James Hurtley with a reoccurrence of a hamstring injury he aggravated at Hebburn in October. Fullback Darius Smith (ankle) has been out all January but is now back in training and it is looking a long job for centre-back Aiden Walker who has a folded cartilage, often referred to as a nipped cartilage. Could be six to eight weeks for him after the operation and I have no update on striker Mohammed Ibrahim’s hip injury.”

Town are on the lookout for a goalkeeping coach following Ben Taylor standing down owing to family and commuting problems.